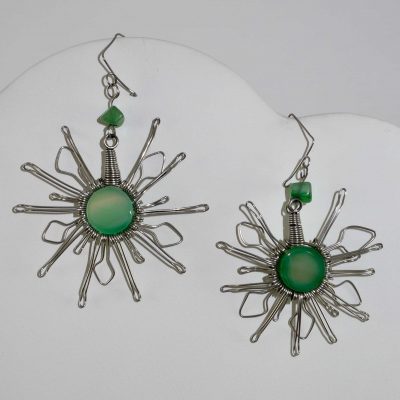 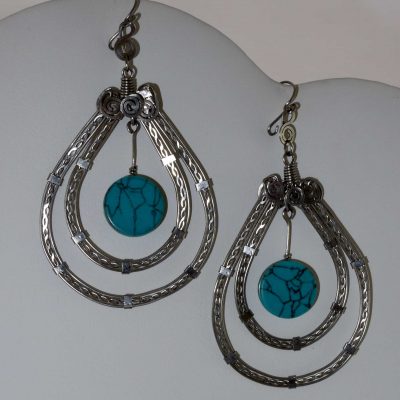 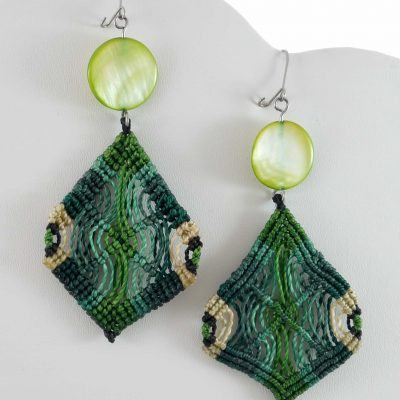 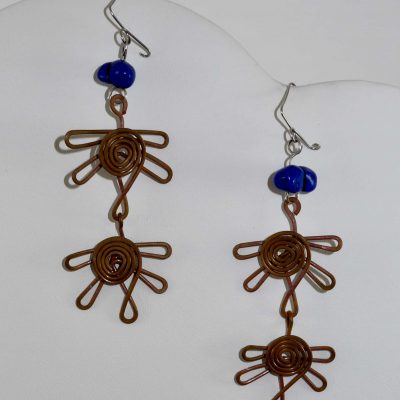 Did you know there is such a thing as the best type of earring for the beach?

Yeah, I didn’t either until I moved to Brazil.

I found out when I was chatting with a street vendor buying yet another pair of the many, many (many) pairs of earrings I’ve bought in Brazil and he commented on the ones that I was wearing. He said that they were great, but that the hook was all wrong. It was cheap and wouldn’t work on the beach. He went on to ask if he could fix it for me at no cost. Curious more than anything, I agreed.

He took off the standard French hook and made a pair of kidney hook for me from a roll of wire. He took off the old hooks, threw them away in disgust, saying how cheap they were, and put on the new hooks. As he finished he said, “Now you are all set. See this here? This clasp will keep your earrings from coming off when you go swimming in them.”

I thanked him profusely while thinking confusedly, “People swim in earrings? I thought that was a thing only on TV” and resolved to pay closer attention next time we went to the beach.

This happened in winter, so there was no beaching for a while and I forgot all about it. A few months later when I was buying yet MORE EARRINGS from another vendor, he went out of his way to show me the kidney hooks on a few pairs and said, “See these hooks? You can wear these to swim.”

Utterly astonished, I realized in that moment that this is actually a THING, and that first occurrence wasn’t just one random guy.

Sure, I had known that it was a Latin culture thing for women to not leave the house without earrings, but thought surely the beach would be an exception. Intrigued by this cultural cue I had totally missed, I now had to verify for myself.

A few weeks later, as I was relaxing at the beach, toes in the sand, beer in hand, I remembered these conversations. I looked around, and sure enough, almost all of the women sitting near me had earrings in. I thought, “OK, but they aren’t in the water, so maybe that’s it.” Realizing I still didn’t have my answer, I put my beer down, left the protection of our sunbrella, and got in the water to continue my research. And wouldn’t you know it, virtually every woman had earrings on.

No, I did not get close enough to verify that all of the earrings had kidney hooks, but the logic is legit. And, I now always wear earrings when I go the beach. And yes, those earrings have kidney hooks on them.

Need your own kidney hook earrings? Thought so. Check out a sampling the specially-tagged collection below, and click through to see the variations.

Send this to a friend